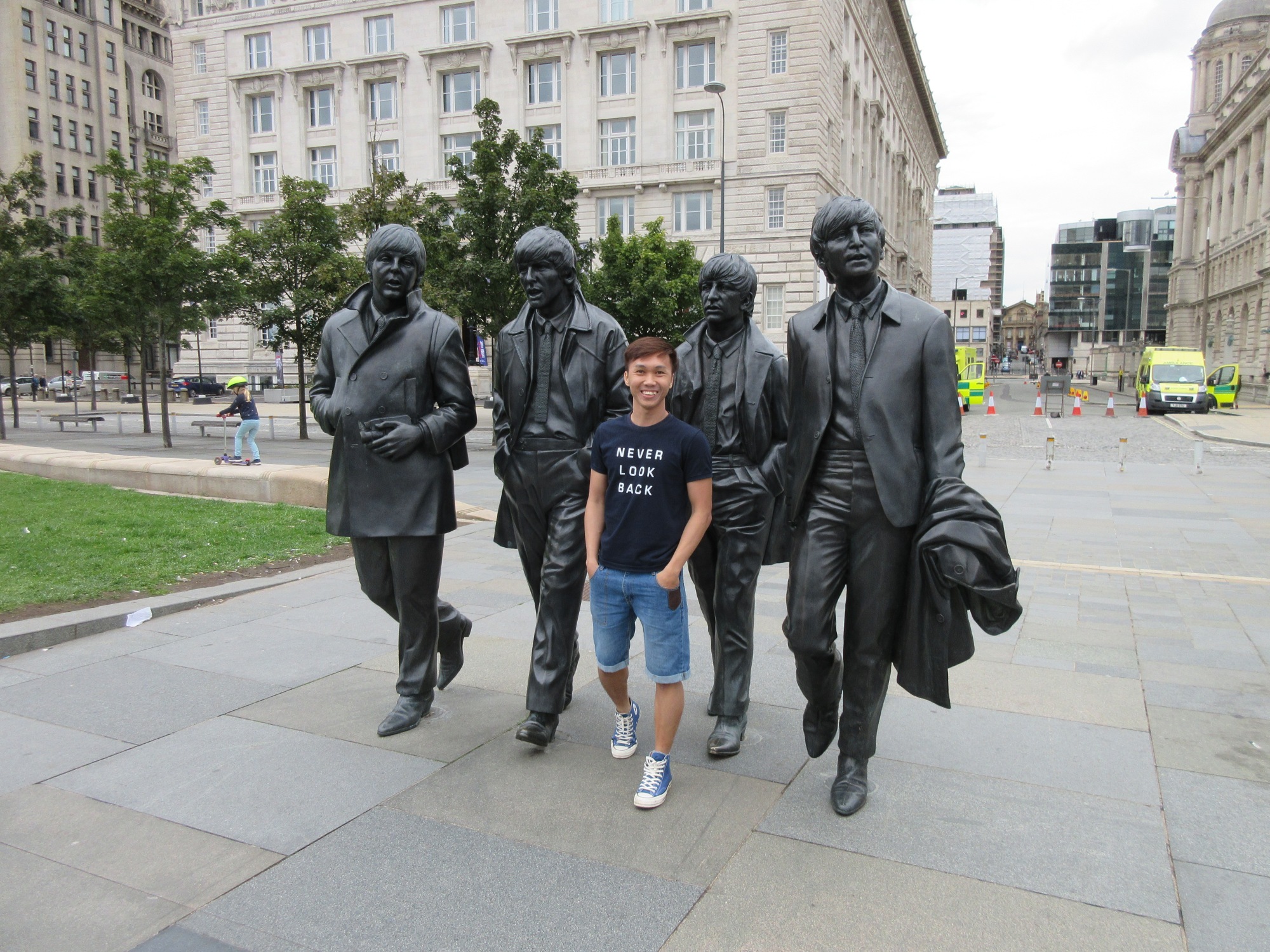 Harry Potter, Sherlock Holmes, Robin Hood, King Arthur and more have attracted many of us for years. Speaking of these characters, we all know that they originate from the same place, The United Kingdom. The U.K has always been obsessing me and, among the English-speaking countries out there, it would be my first choice if I ever had a chance to scratch my itchy feet. I just wanted to take down several lines as my travel diary which may not be in any particular order.

Due to time budget, my journey was just a small round and advantageous for coming back; London -> York -> Edinburgh -> Liverpool -> Oxford -> London -> Cambridge -> London.

Emirates food was so good that I almost had eaten everything they served. One of my travel tips is to eat everything they offer to survive even if you don’t like it. Well, “everything” means edible things, not plastic or paper. 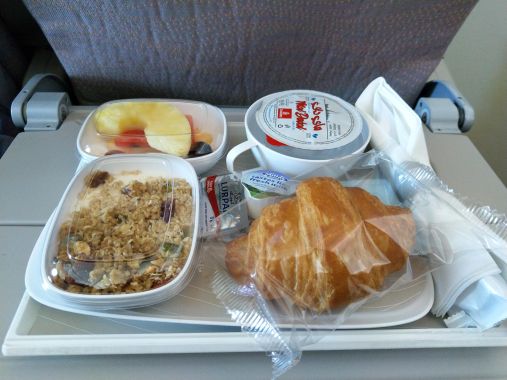 My first impression was the hand dryers at the airport that were quite strong. I fooled around with the underground card machine to buy an Oyster card then finally found that it didn’t take 50-pound notes. How discriminating! Just kidding. I heard that the biggest note would be replaced by polymer material in near future.

There was no sunshine and the sky appeared to be dark and cloudy all day so it would be a problem for me to have good pictures. British weather is indeed unique and always the top thing that you need to care about because it is a mix of polar and tropical conditions and even changes very quickly. It was a bit warm on the day I first came and turned extremely cold at night. The sky was cloudy and there was no sunshine the day after. My skin got cracked and dry constantly under the British cold. What resulted from Google was to buy some vaseline for keeping a moisture face. Tap water was said to be safe to drink but the hostel owner said she would just drink bottled water (?!). This is pretty different from Australia where you can totally drink it.

September 16th, I was present at King’s Cross station to travel to York. The station was so huge that you could not easily find your platform on your first arrival. It seemed to be one of the iconic London attractions which every tourist must pass by.

York was a peaceful and small town in northern England. It was not so big that you have to plan many days for visiting but I would have to admit that it is worth every penny and should be the first on your list. If you had just a few days traveling around England, York would be your best bet. I also stayed up late till midnight in York center and enjoyed the cold with a hot chicken kebab. The youngsters passed by looked like just coming back from a bar.

September 18th, I departed from York to Edinburgh. The rigid schedule of trains really astonished me. Every train has only 5 minutes due time for passengers to hop on. When my train had just arrived at the station at 8:35 instead of 8:30, it right away departed in a minute and I was wondering if there used to be anyone left behind.

Edinburgh was like a fairy kingdom with old bricked houses built on a slope of a hill. I literally lost for words in front of the picturesque scenery of this city . The houses might be designed wall by wall, door by door in details. The old holding hands and walking on the streets were what I rarely see.

September 20th, I had just known that Scottish bank notes would not be accepted in some British areas because they would not be legal tender. This rang a bell on me that I had to spend all of my Scottish paper notes before heading back to England. 10 degrees in the morning might not be a problem with the locals who have been familiar with but it was really a deal for those coming from a tropical country.

September 21st, I was on a train back to Liverpool, England. I had no idea why going by British nation railways didn’t cause any tiring feeling. Maybe because they were moving just gently or even felt like not shaking.

Liverpool was squeezed in a terrifying weather. The wind was so as crazy as Edinburgh and it was raining all day long. The broadcast showed 12 degree but it was actually lower than that compared to London. Through the days in the UK, I gradually realized that I had been still an Asian and tend to be used to Asian food. Chinese restaurants would become my preferences if there was a couple of options at which I was standing. The McDonald burger I ate in Liverpool was the best one I have ever had. The beef was genuinely freshly made and really tasty and you could feel that in every bite. On the other hand, not every burger was equally good though they looked quite similar.

There were a rock band playing at the intersection of Church and Paradise street. Unlike Vietnam, these Liverpool’s street talents played their own music and were respected. People buy their products right there like they had already been musical stars. What suddenly sprang to my mind was The Beatles had settled down their career in Liverpool as well. This is a promising land for musical talents, isn’t it?

Liverpool’s maritime museum was so amazing. It offered free admissions but showed a huge amount of historical pictures and artifacts of maritime age of British emigration. It’s very worth visiting if you are in Liverpool.

I bought a 2-pound bus ticket for a trip from Liverpool center to Anfield stadium to blend into the crowd after their victory against Tottenham. I was so lucky to stand in the middle of the crowd celebrating for their win.

On the train from Liverpool to Birmingham New Street, there were a group of adults in their fifty who looked like friends repeated the sound of “train woman” saying the names of next stops and it really cracked me up. Everyone nearby laughed. Rather than anytime, I wished I would have a group of travel friends like that.

September 23rd, before going back to London, I had a transit at Birmingham New Street then stopped over in Oxford.

September 24th, I got on the wrong train going to Luton instead of Cambridge and I had to wait for over an hour to catch the next one. Well, the trains were not on time like the schedule board showing. For example, the Thameslink train to Cambridge arrived at 9:41 instead of 9:31. WIFI are likely everywhere from the underground to the running trains. Cambridge was overrated and overcrowded. Every place was charged for an admission. Till this moment, I had overspent my budget and I would need to save it for 4 days ahead in London.

London’s public transportation was incredible. I was absolutely lost for words while I was standing in the middle of International Kings Cross station. There were so many platforms for the same route and also another section for Europass which may be traveling to EU nations. Dang! I wish Vietnam could have this nice transportation system. You really don’t need to worry about traffic jam and accidents while being on hurry.

The underground system was outstanding, totally speechless. Most people wearing headphone were walking quite fast on the street on the evening. It seemed like they always think about something. 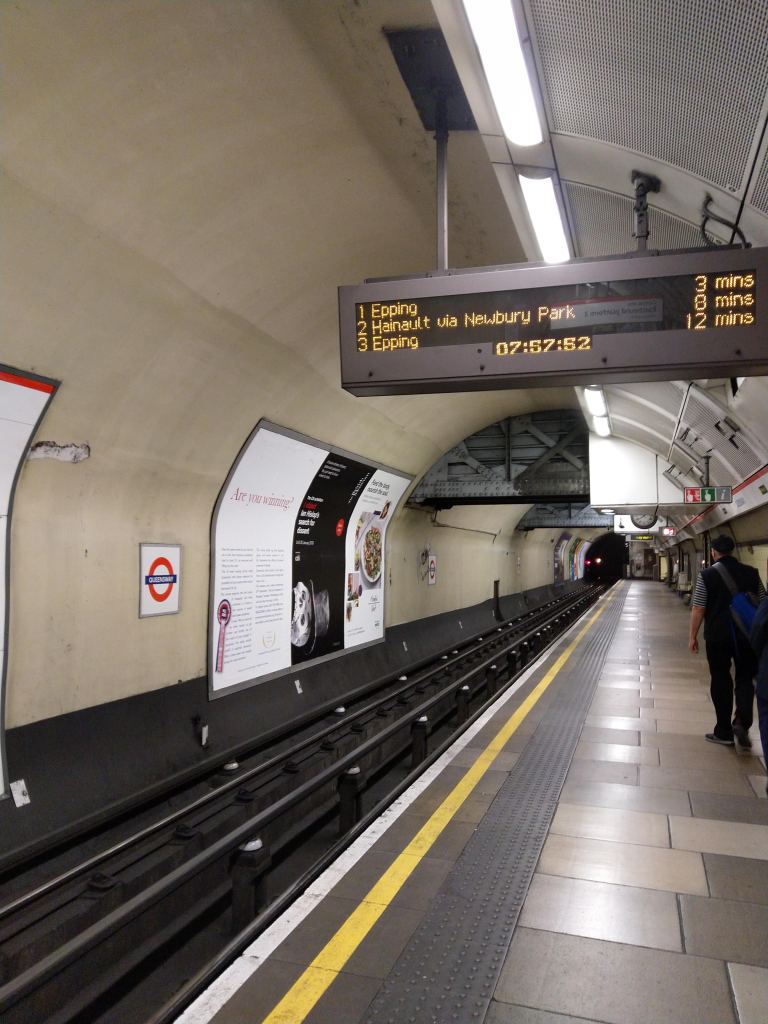 Strike actions by drivers caused the whole Picaddily line to suspended. People were stuck under ground for quite long. Everyone looked depressed.

Brexit had seemed to be the main topic of every journal. I just found out the U.K doesn’t have a president but only prime minister who is consider the leader.